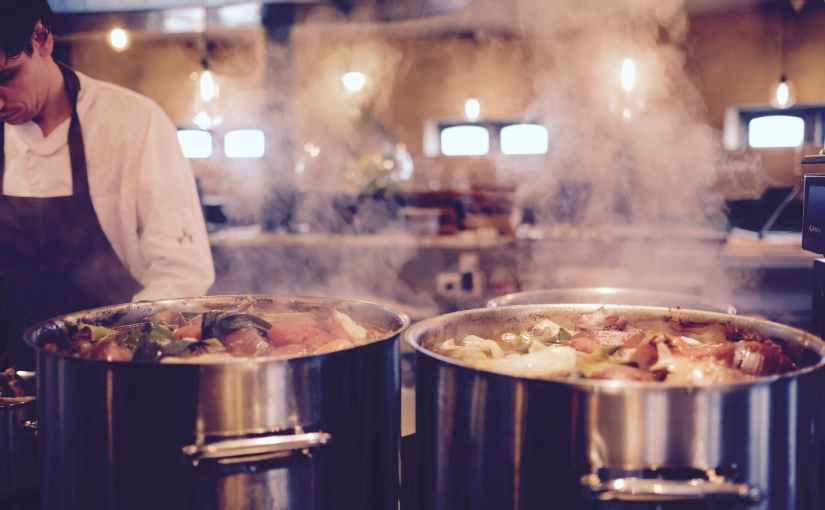 About a year after my Mom died, I gave my Dad a small crock pot for Christmas. At the time he lived alone and was learning how to cook for himself for the first time after their fifty plus years of marriage. Oh, he had begun to cook a little, while my Mom had been hospitalized and also when she was in rehab at the nursing home, but it was more of hotdogs, chicken nuggets and trips to McDonald’s for his diet. So, I thought if he could make food that would be healthier and just as easy as grabbing fast food, it would be better for him. It took awhile before he actually opened the box and tried out the crock pot. But as he did, he began to tell me how awesome it was. Recently, he explained to me in detail how to carefully layer each vegetable and to lay the pieces of stew meat on top and to pour over the top a can of stew seasoning. He discussed the brands and types of carrots and potatoes he used. It has been quite the transformation for him as he now can talk about cooking with me. He has become quite the chef now.

I love my crock pot too. It is fun to add all the ingredients into one pot, plug it in and just let it cook away. When its time to eat, all you have to do is turn it off , lift off the cover and serve the food. Other than prepping the vegetables and such, there’s not much work to it. It just cooks away. Stewing everything to perfection. But, as my dad has learned, the kind of stew you get depends upon what you put in the crock pot. If my Dad chose to add spoiled carrots or potatoes with those black moldy spots, I’m sure he wouldn’t think the crock pot was so awesome. Knowing my Dad as I do, he probably would have thrown out the crock pot, or given it to my brother. He wouldn’t use it again. Of course, he wouldn’t add spoiled vegetables, but when it comes to life that’s what we do, so to speak, sometimes, especially in relationships.

If you’ve been on this planet for very long, then you have had plenty of experience with being hurt by others. It happens. We are all imperfect people. And most of the time people do not intend to hurt us, it happens often because of miscommunication, lack of communication and misunderstanding. I’ve talked about that before, but this time I was thinking of how we can let those little hurts stew in our lives, until they become bigger and bigger, until we are the proud owners of  unforgiveness stew. And guess what? We are the ones who have to eat it. And it tastes bad, like eating the spoiled carrots, moldy potatoes, etc. The solution to holding onto to unforgiveness is to forgive, right? Well, that is true. The Bible is clear about that.

Matthew 18:21-22 is a classic example often given when dealing with forgiving others. Peter asks Jesus, how many times do I Have to forgive my brother, answer: seven times, seventy times seven, or in other words, alot. Until you’ve forgotten what you were mad about. But there is also something else we can do: change what we are adding to the crock pot. What do I mean? Well, most of what we stew about when we are mad at someone else for what they have done to us, has nothing to do with our current problem. We keep thinking about all the bad stuff they have done before to us. All the unresolved issues of the past, or all the things we think they do wrong on any given day. All the criticisms we can think up, and we add them all to the stew we are making. Before long we have created an ugly stew.

Instead, my challenge to you is to follow the advice Paul gives in Philippians 4:8 “Finally, brothers, whatever is true, whatever is noble, whatever is right, whatever is pure, whatever is lovely, whatever is admirable, if anything is excellent or praiseworthy- think about such things” (NIV). I have had to do this many times, and not just in times when I would rather stew. It works to change how you perceive things. Take time and look up each word carefully in a dictionary. The word noble for example means to possess high qualities. So, can you think of the other’s person’s high qualities? It might not be easy, but they’re probably not the slugs you think they are at this moment. Think of the times they did something special for you. Think about the qualities you admire about them.Focusing on the good and true things, replaces all the ugly thoughts you might be having. And when you begin to find the good things, add them to your crock pot. What you will end up with is not an awful tasting stew, but a delicious one that you can share together; a restored and forgiven relationship. And be sure to talk. Too many times we begin to stew because we haven’t talked together. The other person hasn’t intentionally hurt you and are probably unaware of how you are feeling. Confrontation is not easy to start, but the results are a clearer picture of the situation. But until you can sit down and talk, try Philippians 4:8 and begin to change your thinking about the other person. And pray. A whole lot. It can move mountains, diffuse anger, and prepares your heart to give the best gift you can give yourself and the other person; forgiveness. God Bless- Nancy

A Christian writer and teacher who loves to encourage and challenge believers in their walk with Christ. I am a graduate of Liberty University and the proud wife of an Air Force veteran and the mom of three grown adults. View all posts by moving4ward7