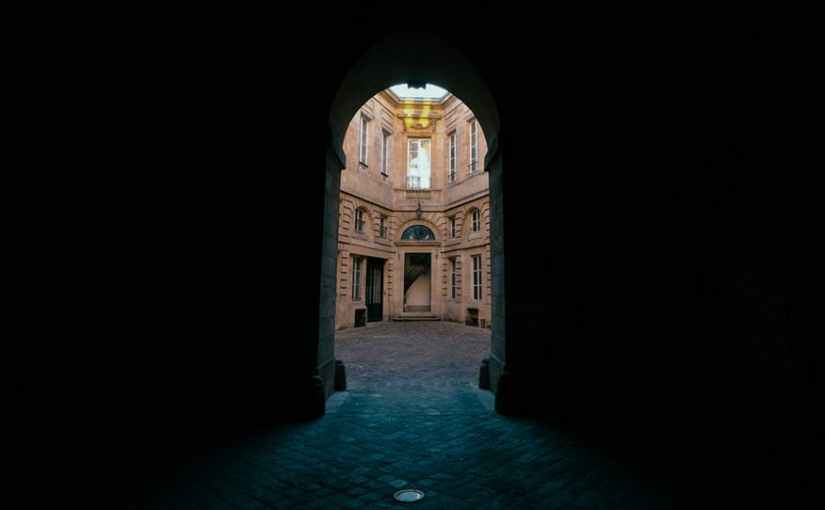 “Watch your life and doctrine closely. Persevere in them, because if you do, you will save both yourself and your hearers” ( 1 Timothy 4:16, NIV).

I thought for a moment about choosing a different title for this week’s blog. Maybe “mediocre” or “status quo” would work instead of “risk”, but what am I really trying to say here?  In the end I hope always to encourage you to move forward. So, it seems “risk” would work better.

What has set me on this path today is my daughter. She has been working on researching our family tree. Over the weeks, she has made some impressive discoveries about who we really are. I shared earlier about the puritan movers and shakers in my family tree and of those who were locked in towers and faced beheading for their beliefs. Recently I have learned of knights and of Ladies and Lords in the family tree. A big surprise this week has been finding that John Locke was a relative. John Locke has been credited with ideas that would later shape the United States. He was the great grandson of one of my great, great great (etc) grandfathers -a mover and shaker who once fled to Geneva to keep his head attached to his body in fear of Queen Mary, who was seeking to take his life.

Which made me think about where we are today as a culture.Are we a culture of movers and shakers? Of thinkers? Of philosophers who change countries? Of country builders? Are we so concerned with technology and sciences, that we have forgotten to think for ourselves? Are we leaders or followers?

Recently,  I asked some younger people just what is important to them in today’s culture. Their answer; acceptance, and of fitting in. Which decidedly is not something exclusive to generation Z or  the millennials; its all of us, every generation We all want to feel like we fit in and are accepted, its how God has wired us for relationship with others and with Him.Yet, for many keeping the status quo becomes more important than seeking change. No one likes to stand out and fear rejection by friends and colleagues. When the status quo changes or shifts, so do we and are swept along with the crowd.

I included the quote from Paul’s letter to Timothy as a reminder that status quo was a thing in the first century too. Here, Paul reminds Timothy to live out what he has come to believe for it not only affected him, but those he was teaching. Paul told him to persevere in what he taught and model it in front of those he was teaching.

It is easy to go with the flow of the crowd and to let others think for you. It is harder to think for yourself and go against the current of trends. I am proud to come from a family tree that included those who thought for themselves and refused to go along with the crowd, even risking death for upholding the truths of the Bible, in opposition to what was being taught by the state church. They sought to persevere for their faith and move across an ocean so their children could have a new life, free of religious corruption.

I thought about what this means for me. Am I willing to go against the current? Have I settled into acceptance of popular thought? Even popular christian thought? How does my own doctrine, my own teaching stand up to the criteria of Biblical truth? Do I want acceptance from the status quo, or am I willing to risk standing out from the crowd because I believe the Bible? Standing out might be uncomfortable for a moment, but I am so thankful that those in my family tree did just that. I would not be here if they hadn’t, living in a country where I am free to worship apart from a government controlled church.

So, I encourage you to step out and follow what God has been putting on your heart. If it a little different than what others do, but still compatible with what the Bible teaches, than take a chance. Have you been told you’re too young or too old by culture? Or its just not done by everyone else?  You don’t have to follow the crowd, just follow Jesus. Some day your descendants just might thank you for not accepting the status quo, but on taking a risk, their lives might be impacted just as mine has. I like to think that I have inherited some of my ancestor’s tenacity and stubbornness and maybe even their intellectual keenness as John Locke had, who knows? But I do know that I will not settled on being mediocre or status quo, but will attempt to persevere in my life and doctrine.  -God Bless -Nancy

A Christian writer and teacher who loves to encourage and challenge believers in their walk with Christ. I am a graduate of Liberty University and the proud wife of an Air Force veteran and the mom of three grown adults. View all posts by moving4ward7